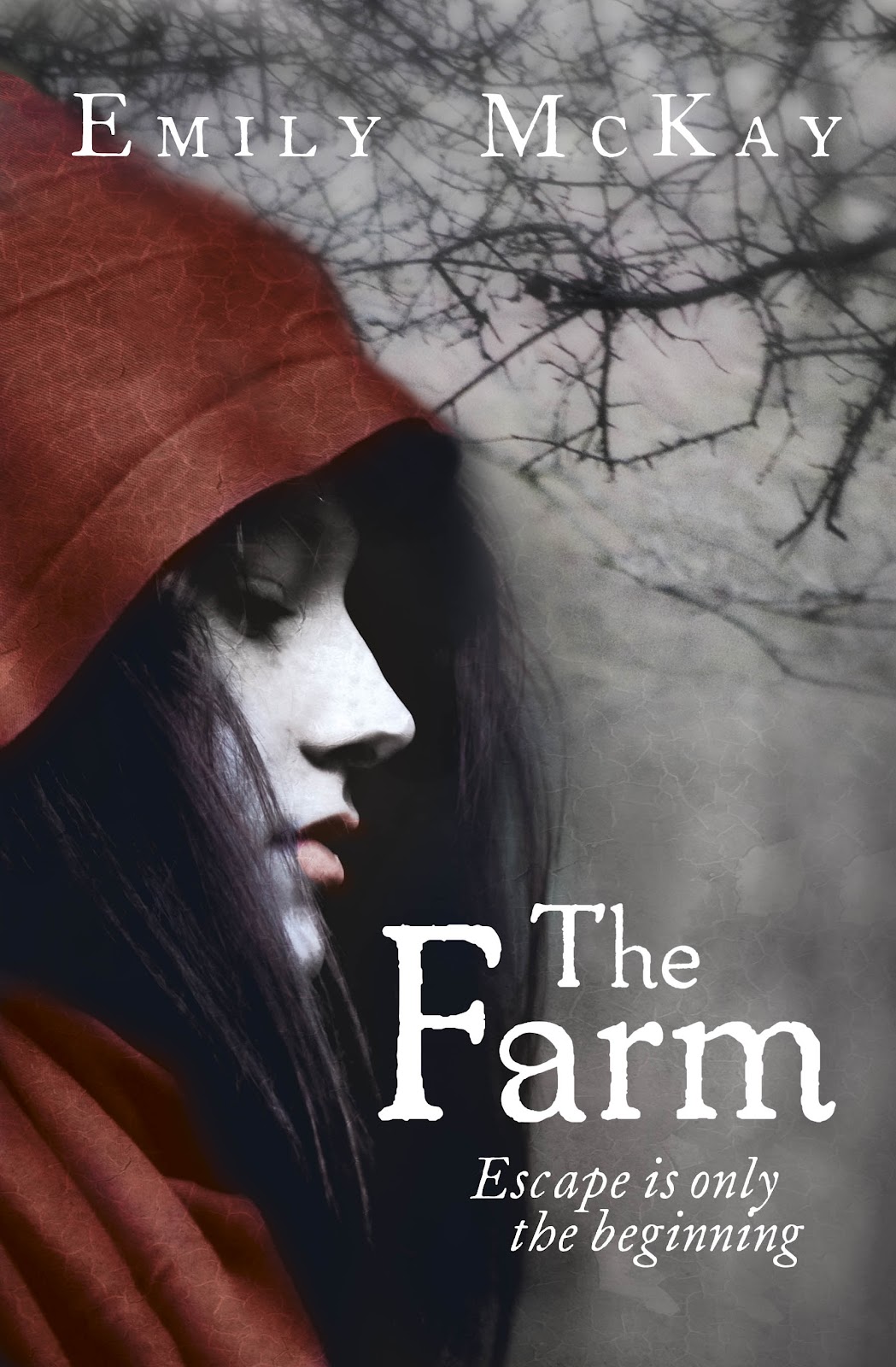 For Lily and her twin sister Mel there is only the Farm . . .

It's a prison, a blood bank, a death camp - where fear and paranoia rule. But it's also home, of sorts. Because beyond the electric fence awaits a fate much, much worse.

But Lily has a plan.

She and Mel are going to escape - into the ravaged land outside, a place of freedom and chaos and horrors. Except Lily hasn't reckoned on two things: first, her sister's ability to control the horrors; and, secondly, on those out there who desperately want to find and control Mel.

Mel's growing power might save the world, or utterly end it. But only Lily can protect Mel from what is to come . . .

The Farm takes you into a terrifying future where civilization has ended, and leaves you there - fearful, gasping and begging to escape.

I am a massive fan of the dystopian genre and what I love is that, even having read LOADS of them, I still keep managing to find new AMAZING ones all the time...like The Farm by Emily McKay!

I absolutely loved this book. I’m not quite sure where to start... Actually, I will just say something – one thing that surprised me a bit was the mix of paranormal elements into the dystopian genre. I was a bit surprised when I find out that vampires were a feature of this book, as well as ‘abducturae’ – people with the ability to influence the emotions of others around them – as I don’t think I’ve really read a paranormal/dystopian book before. At first, I found the mix somewhat jarring and I thought it might possibly detract from the realisticness of the book, however as I got used to it I found it actually worked rather well.


The plot of The Farm was just made of awesome. It contained all the right amounts of action, romance, suspense and surprises – with the plot twisting and turning in unexpected places, giving the story just the right pace. I’ve read a few reviews where people thought the ‘major plot twist’ in the book was really obvious, but I have to say, I was completely oblivious to it! I hadn’t guessed that what happened would happen at all! Maybe I was just unobservant, though...


The Farm also had a great collection of characters. Lily and Mel were twins, which was pretty cool because I don’t think I’ve read a book featuring twins before...Lily was very feisty and strong-willed, which I liked, and also very independent and capable of fending for both herself and her sister. Some chapters of the book were written from Mel’s perspective, and I found these bits really interesting; I really liked Mel’s voice, and I loved all the musical imagery she used. Outwardly, she would seem a little helpless – she hardly ever speaks, and when she does, it’s in nursery rhymes and riddles – but when we get an insight into her mind, we find that she is a very unique and intriguing character.

Overall, I absolutely loved The Farm and I think I would even consider it one of the best books I read out of all of 2012!